Patron Funding a.k.a Smarter with Kickstarter? 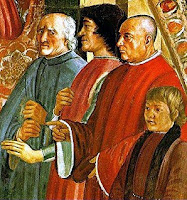 So there is buzz lately in the virtual halls about a growing number of games being funded on services like Kickstarter or through patronage programs run by the author. For those who just wondered whether you've accidentally stepped through a rift into the 18th century, fret not, a patronage program these days means that you shell out some cash ahead of time and the author uses that as support costs while making the product. Often shelling out some money ahead of time also gives some added benefits, a special edition, bonuses with a product, or other rewards. A number of examples that I have come across include, Do: Pilgrims of the Flying Temple, Bloodmoon Goblins, The Aegis Project, and Happy Birthday, Robot!.

So every few weeks there is some new doom-saying on >Insert Any RPG Forum Here< that the industry is coming to an end. While I think its excessively touted, the scope of the kind of company that can exist is relatively tiny. Only a few books will ever make it to a regular bookstore anymore, if you can find a regular bookstore. The RPG Corporation is largely a thing of the past, and if it exists, its diversified heavily into other gaming products. This means one or two folks are a company, a game designer and maybe an editor/writer, though often these are the same person. These folks contract art and material from freelancers to fill out the book. The question these patronage projects pose is, why don't game designers do the same thing?

Let's think about this another way. Pretend I'm game designer Jim. I have a deep and abiding love of unicorns since the age of six. I've done it all, unicorn slash-fiction, a unicorn club, a unicorn cable access TV show; now its time for the big leagues, Unicorn Adventures: The RPG! Of course someone needs to buy it. I could pay for a booth at the Big Gaming Con! Oh wait, I don't have the money and I can't get the time off from work. Well, I can print off 100 books, then I can take them around to my Friendly Local Gaming Stores! Oh wait, I don't have the money to print 100 books, there is one FLGS in the county, and he can't afford to stock my book. You get the idea.

But along comes patronage. As Jim has already cultivated an extensive Unicorn following, he can link his kickstarter to a group webpage. Now instead of selling 8 books to the Illinois Unicorn Enthusiasts, he can sell 200 to the combined members of the Worldwide Unicorn Fancier's Association. Oh and those production costs are covered and Jim can feed his cats and drink mountain dew between editing passes. He might even get to go to a con and sell some more books at the end of it.

Now this is all a little idealistic, but the growing popularity of PDF and eBooks represents a huge drop in costs if you're selling electronic copies. You can print books as well, but the advantage with this patronage system is that almost all of the books have been purchased already. Now that pen and paper gaming is a smaller community than it was decades ago, this sort of leaner and meaner marketing approach seems promising.

Do I think this represents a revolution? Probably not. But it is an awesome tool for the independent game designer trying to break into the industry or maintain their small gaming company. Hopefully Kickstarter and its descendants will help new and original role-playing games come into the market. Yes, even Unicorn-based games.

Have an awesome RPG that you have on Kickstarter or similar? I'd love to hear about it and feature it on the site. Have thoughts on the whole Patronage idea? Please post a comment!
Posted by Whit at 10:31 AM