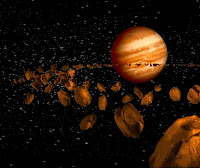 My tabletop gaming group, which has dubbed itself the Miami Gaming Authority, have been playing together for about two years. We meet weekly to play in an ongoing campaign format, punctuated by one-shots and short adventures. We like to play a variety of systems and routinely share Game Mastering responsibility, although two of us have historically run most of our campaigns. We play Savage Worlds the most frequently, but have also played two campaigns in GURPS and one-shotted a wide variety of mainstream and "indy" games.