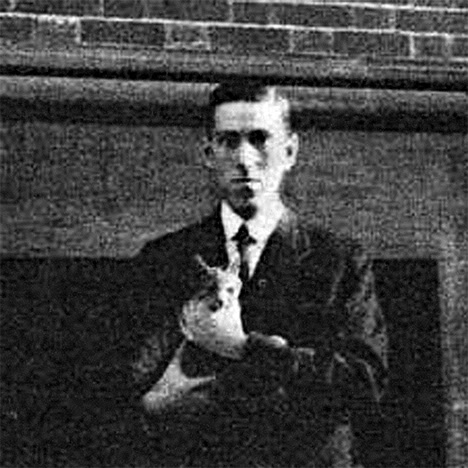 In this episode you get a special sneak peak of tremulus. This is a game of Lovecraftian horror, which patterns itself off the compelling narrative of the author's dark tales. This is more than just a preview, we will all be playing this game together!

To participate just listen to the podcast or read the text below if you prefer.
Then vote at the top of the page to help guide the protagonist's path:

The following narrative is assembled cold, using just the systems outlined within the tremulus rules. Please enjoy the story, and then help decide what twists the story takes next! If you vote you are already playing. So I sit down at a table, and glance through my character options. I whisk through
character generation in less than five minutes. Then we’re already playing. The Keeper and player narrate Samuel’s details, acquisition of gear, and set up the opener into their own Lovecraftian tale.

Samuel rapped his fingers against the worn tan of his suit, as he waited for the elderly gentleman to ascend the stairs. His eyes flitted around the room from beneath his perpetually half-lidded eyes. The stately woman in the portrait that dominates the far wall looked over him appraisingly, just as Hypatia Blackwood did in life. Samuel’s mind raced over the summers he spent here at Chatham Hall, Hypatia praising his efforts at badminton, despite his middling success. He was gangly then instead of thin, though his frame retained its sharp angles and gauntness. Now, in Hypatia’s solar, he felt incredibly fortunate to have made such a fond impression on his aunt. She had named him the beneficiary to the estate, and though she had little money to her name, what remained was dedicated to the maintenance of the hall and the food upon its tables.

Horatio, nearly skin and bones, finally arrived at the crest of the stairs. His skeletal hands grip a silver tray with spots of tarnish, bearing a small package and a sealed letter.

“Young Master Samuel,” creaked the butler, “it is such a pleasure to have you take your place here at Chatham. I was most grieved you had lost your fellowship at Cambridge.”

“It was quite unfair, Horatio, but I’ve returned now. Is that the package that Aunt Hypatia mentioned in her will?” said Samuel, a touch of impatience in his closing tone.

“Ah yes of course. The dear mistress left you this; she said it belong to your grandfather, Eustis Blackwood,” said Horatio haltingly.

Samuel glanced over the tight spirals of his aunt’s studied hand upon the letter, and then scratched the twine against the parcel as he hastily undid its bindings. He hoisted the aged and crackling leather of the doctor’s bag. There was a halo of fine dust as he inspected the contents. Medical tools, all of them well-polished, sealed vials of various labeled liquids, and bandages in sealed containers greeted his curious inspection. A slight disappointment faded as he noticed that these tools were in fantastic condition; a well-to-do doctor would certainly pay well for a complete collection.

Horatio interjected politely, “The dear mistress used to fawn over these much like you have.”
Samuel blinked as he nearly spotted a hint of a smile on the ancient statue of a man.

“Yes, I certainly see their value—sentimental value that is. Thank you for bringing this up to me Horatio. I would like to take a look around the hall and grounds I think. To reacquaint myself with the lay of the land after so long away,” said Samuel.

If Hypatia’s trusted friend detected her heir’s over-eagerness it never reached his blank expression. He replied simply, “Certainly. I would happily attend you at your wish. Young Master—or I should say simply—Master Blackwood.”

As the old man departed, Samuel considered his course.

Calling on his heir move, Ancestral Home, Samuel chooses to Poke Around, which he can do once per day. He rolls a 5 and a 3, 8 total, which is a partial success. This leads the Keeper to say “Yes, but…” In this case he uses it to make a hard move, Inflict Damage, to cause 1 shock to poor Samuel. Samuel is now startled (the first level of madness damage). Samuel’s player opts to gain a good item (a special option for Ancestral Home). After all, who knows what he will face?

He decided to allow his feet to guide him as he began wandering the rooms. Ambling about for the better part of an hour took him to the red oak doors of the substantial library, gathered by his grandfather and maintained by his spinster aunt. He pushes on the door, which glides inward smoothly despite its antiquity. The tomes are musty but well-preserved; the shelves leer over a polished reading table. A filigreed lamp and a hand-painted globe dominate the small table. Samuel sat in the chair, its dark wood polished from use. He noticed a recessed drawer and pulled it out.
Inside were a pipe, an aged tobacco pouch, an ammunition box, and a silver-plated antique revolver. He was taken aback by the weapon, but his appraiser’s eye opts to pocket everything save the smoking supplies. Samuel never cared for neither the smell nor the habit.

It was then that the heir’s glance notes an odd tome lying askew of the others that had remained on the table for untold months. Upon closer inspection, Samuel noticed it is not a book but an album, carefully annotated in several individuals’ hands. It was a book of genealogy, tracing his matrilineal line back to northern Kildare in the isle of Erin. He lackadaisically perused the aged pages until he happened upon an oddly compelling photograph of a young woman, hauntingly beautiful. He discovered his grandmother’s name below the portrait, a woman who died long before Samuel’s time. The eyes seemed to beckon and he peered closer. It is almost as if he could see her lips move, her eyes blink. He was mere inches from the page when the ink shifts and a grotesque apparition, with too many mouths and eyes stares back, the features shifting like putty.

Samuel’s player seems stumped so the Keeper takes a move, Offer an opportunity, with or without cost.

Samuel shouted in shocked, falling backward in his chair. The book hurtled through the air, and he fell roughly into a bookcase. As he came to his feet, a hand on the shelf, he heard an audible click. As the shelf tilted up, it also slid backward and aside. A chill air whispered at Samuel’s back, prickling his flesh. He turned to behold a narrow passage, a stair delving deep into the bowels of Chatham Hall.

What path should Samuel take next? Just like in a real game of tremulus, the player takes a strong role in where the story heads. Please vote above for one of the following choices: